Disclosure: “Please note that some of the links below may be affiliate links, and at no additional cost to you, I earn a commission if you make a purchase.” “As an Amazon Associate, I earn from qualifying purchases.” Click here for the complete disclosure statement.

If you are a Disney lover and want to explore more than just Disney World or Disneyland, then you’ve come to the right place.

Here is everything you need to know about how many Disney parks there are and what you can expect from each one!

Disney Parks in the USA

To answer the question simply, there are 15 Disney Parks around the world across six different resorts. Out of our list, 6 of the parks are at the famous Walt Disney World in Florida.

There are more than 10 Disney parks in 6 resorts dotted around the globe. Some resorts don’t have parks.

There are 9 resorts altogether, but three of them don’t have parks. The three resorts without a park are Disney’s Aulani Resort in Hawaii, Disney’s Vero Beach Resort in Florida, and Disney’s Hilton Head Island Resort in South Carolina.

Here is a description of every Disney park!

The most famous Disney park in the world, Magic Kingdom is most renowned for its iconic Main Street leading down to Cinderella’s Castle.

Magic Kingdom is the most toddler-friendly park in the Disney World resort, as most of the rides don’t have height requirements for little ones.

It’s also the best park to meet characters including Disney princesses and, of course, Mickey and his friends.

Disney wouldn’t be Disney if it weren’t for its massive contribution to movies and Hollywood.

Hollywood Studios invites visitors into an immersive experience. Guests delve into their favorite movies in a once-in-a-lifetime way.

If you are a Star Wars fan, this is where you need to be. Although there are a few rides, the shows take the stage at this Disney park.

You can conquer this park in half a day and still have time to hop to another Disney park. You have to ride Mickey’s Runaway Railway at Hollywood Studios. It was by far my favorite rude.

Read More: Are MagicBands Worth It?

Short for “Experimental Prototype Community of Tomorrow”, Epcot is a park that takes visitors quite literally around the world.

While Epcot doesn’t feature too many rides or attractions. It’s a huge park that shows a celebration of different cultures, festivities, and even the future of technology.

Epcot also features foods native to each country as well as music, drinks, traditions, and any applicable Disney characters.

Animal Kingdom is ideal for animal lovers. This park features the iconic Kilimanjaro Safari which takes visitors on an African safari.

Take a break from walking and enjoy the ride to see giraffes, elephants, and even lions.

Plus, Animal Kingdom offers a bunch of rides, character meetings, and live viewings of shows.

Disneyland Park is one of California’s best attractions. Like Disney World, Disneyland is most famous for its iconic Main Street, offering a picturesque view of Sleeping Beauty’s Castle.

Interestingly, this is the only theme park in the world designed with Walt Disney’s supervision.

The second park in the Disneyland California resort is Disney California Adventure. This park is designed to celebrate California’s bright and colorful culture and history.

There are several areas to this theme park, including ones for Marvel, Pixar, and of course, Disney movies.

Disney Parks Around The World

The tickets are more affordable, the hotel costs less, and they aren’t as crowded. If you need adventure, I recommend heading to Disney in Tokyo.

Read More: Things to Buy Before Visiting Disney with Toddlers

The most popular rides at Disneyland Parid include, It’s A Small World, Pirates of the Caribbean, Peter Pan’s Flight, Haunted Mansion, Big Thunder Mountain, and more.

This park has far fewer visitors compared to the Disney parks in the US. Disneyland Paris is satisfyingly quiet throughout the year in comparison!

Walt Disney Studios Park is essentially the European version of Hollywood Studios. This is the second of the two parks in the Disneyland Paris resort and features an immersive experience in the world of Disney movies.

It is a celebration of European movie magic in the world of Disney. There is a studio dedicated entirely to Pixar characters and movies (most famously Ratatouille). There is a Production Courtyard, which explores the production side of movie-making.

Hong Kong only features two theme parks, Hong Kong Disneyland and Ocean Park, so it only makes sense to visit another one of the happiest places on earth if you’re ever in the city!

This park is smaller than the parks in the USA and Japan, but with intricate Asian influences embedded into the park, it’s an incomparable experience.

Despite its size, you’ll find everything you’d want from a Disney theme park at this resort, including Main Street, and all the popular rides, with themes ranging from Disney princesses to Star Wars.

The first Disney park to be opened outside the US, Tokyo Disneyland is huge.

This park is the third-most visited Disney park in the world after Magic Kingdom and California Disneyland.

Tokyo Disneyland is the equivalent of Magic Kingdom at Disney World in Floride. Some of the most iconic rides include Haunter Mansion, Jungle Cruise, Splash Mountain, It’s a Small World, Snow White Adventures, and Peter Pan’s Flight.

Note: The Resorts in Tokyo are more affordable than in Florida, so if you are up for an adventure I recommend checking out Tokyo.

Mediterranean Harbor is arguably the most leisurely port in Tokyo Disney Sea. Everything is designed to resemble the vibes and atmosphere of the Mediterranean – from a tour in a European-style steamer to exploring Italian architecture in a Venetian gondola.

As these attractions aren’t as many rides as they are experiences, there are no height restrictions for this themed port.

American Waterfront, as the name suggests, is where American Disney comes to Tokyo.

American-based Disney films and characters are celebrated at this themed port, including exploring carnival games at Toy Story Mania and going to the underwater observatory with your favorite Finding Nemo characters.

You can even get a taste of Disney World Florida by experiencing DisneySea’s very own Tower of Terror (if you’re brave enough!).

Port Discovery is a fairly relaxed-themed port at the park, featuring a range of attractions.

One minute you’re taking a leisurely ride on the Electric Railway from the American Waterfront, and the next you’re drenched in water from the whirling Aquatopia ride.

Lost River Delta is for adventure seekers. This is where the water park blends with a classic theme park, as this port features high-speed rollercoaster rides designed to get your heart racing.

These rollercoasters do come with some height restrictions, so this port is probably only best for older kids and teenagers. Still, if you’re a fan of Indiana Jones, this is the port to visit at DisneySea.

As the name suggests, Arabian Coast works to explore the beauty of Disney’s Arabia.

This port has a nice range of attractions, including a relaxing two-level carousel (featuring the iconic Genie from Aladdin) and a fun ride exploring one of the lesser-known Disney films, Sinbad: Legend Of The Seven Seas.

Plus, there’s a brilliant 3D magic show hosted by Genie that will leave your kids thoroughly amazed.

Mermaid Lagoon is an immersive port that explores everything from The Little Mermaid to endearing “underwater” spinning teacups.

This entire lagoon is ideal for toddlers who have a vivid imagination because it allows them to get a taste of the underwater world in a safe environment. Pretty much every attraction is toddler-friendly!

Lastly, Mysterious Island is another port for adventurous kids. Unfortunately, only one of the attractions at this port has no height restrictions, which is a ride featuring small submarines that explores the undersea world.

Shanghai Disneyland is one of the most unique Disney parks because of its age-appropriate areas.

The creators understand that not all parents want to go through all the kid’s rides, which is why the park is home to seven themed areas suitable for all ages.

Plus, while the park is authentically Disney, it is inspired by Chinese culture and traditions, making it a fascinating visit for travelers.

What’s better on a hot summer day than a nice cool pool? I can’t think of a better place to spend a hot day with kids than a water park.

Disney’s water parks are somewhat forgotten in guides to the numerous Disney parks around the world, but we didn’t forget them.

Based in Disney World Orlando, Typhoon Lagoon is a fun-filled water park that features a variety of attractions and slides designed for a range of ages.

What better way to cool down in the Florida heat than to play around in a water park?

Ketchakiddee Creek is a toddler-friendly water wonderland for little ones to run wild and play safely.

This part of the park is ideal for kids under 4 feet tall. Toddlers can easily paddle in shallow waters, and explore caves. Your little ones can even relax on the sandy beach when they need a break!

The park’s most popular attractions are mostly located on Mount Gushmore – the park’s very own 90-foot tall artificial mountain that features three ski slopes to help visitors navigate through the park.

Summit Plummet is arguably the most iconic ride at Blizzard Beach, which is one of the world’s tallest free-falling water slides located at the top of Mount Gushmore.

For the little ones, Tike’s Peak is a polar-themed water park designed specifically for toddlers and young kids. This area has waterslides, tube rides, and chutes just for little ones.

Plus, like Typhoon Lagoon, Tike’s Peak features a sandy beach to relax and build sandcastles between splashing in the water!

Note: Keep in mind that both Typhoon Lagoon and Blizzard Beach aren’t permanently open during the year due to changes in the seasons and weather conditions. 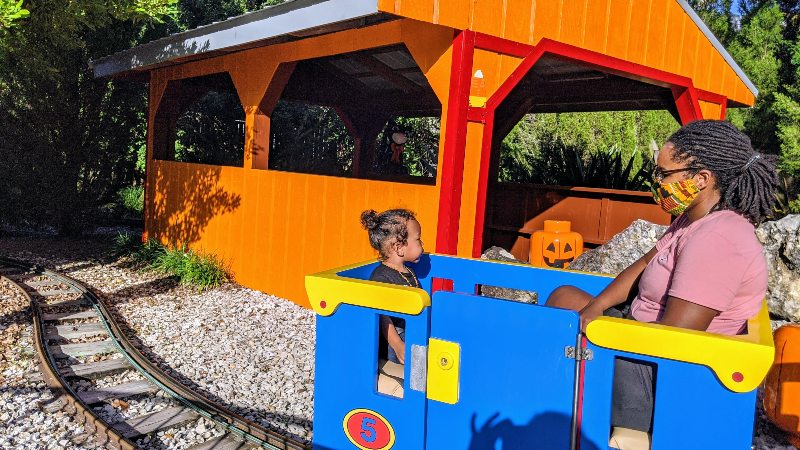 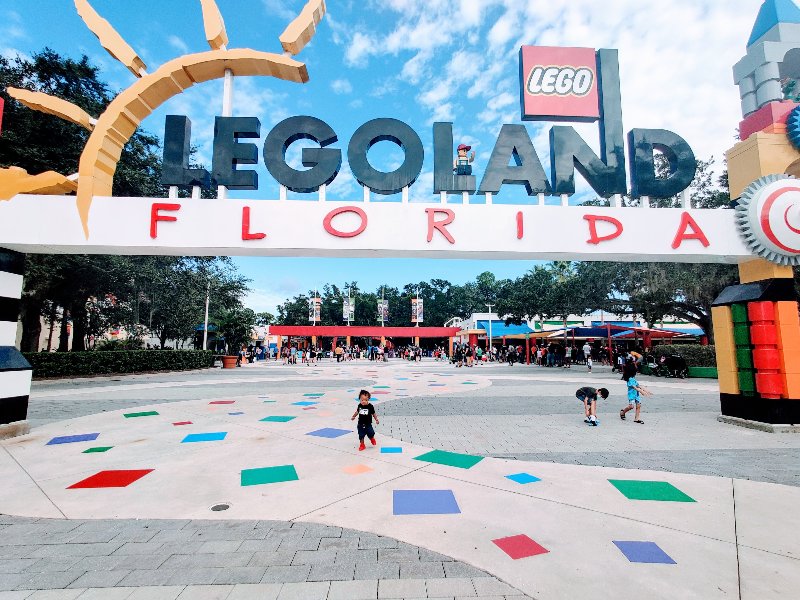 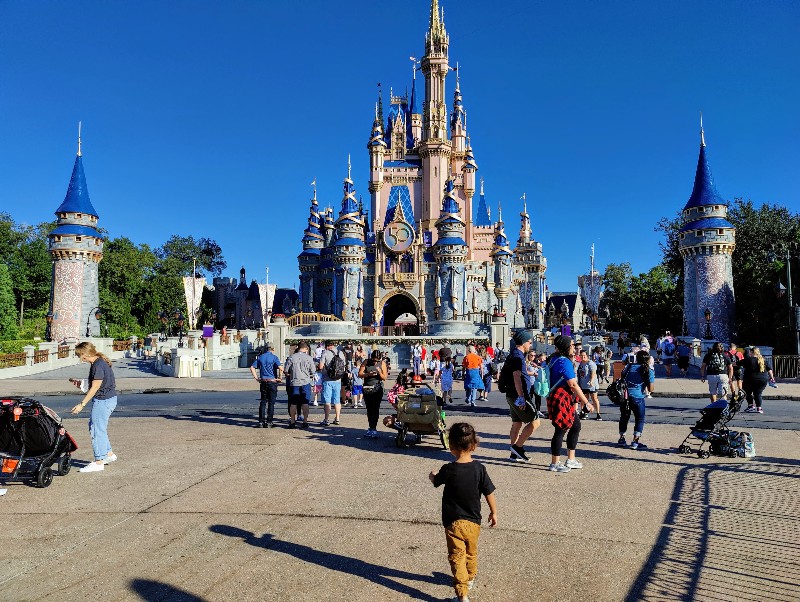 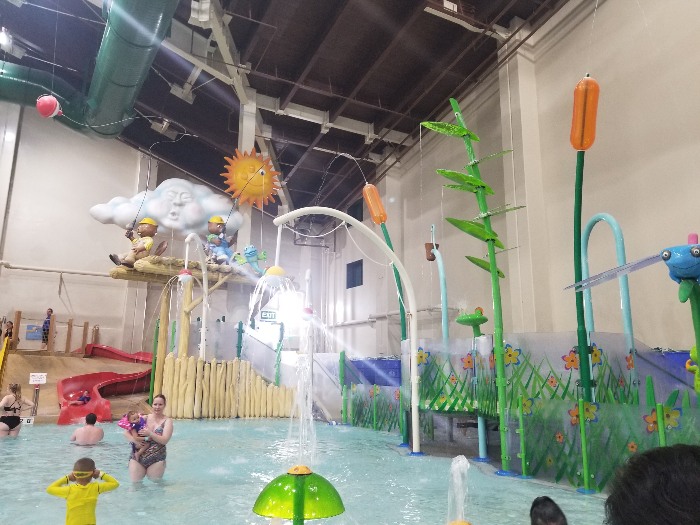 This site uses Akismet to reduce spam. Learn how your comment data is processed.

This website uses cookies to improve your experience while you navigate through the website. Out of these cookies, the cookies that are categorized as necessary are stored on your browser as they are as essential for the working of basic functionalities of the website. We also use third-party cookies that help us analyze and understand how you use this website. These cookies will be stored in your browser only with your consent. You also have the option to opt-out of these cookies. But opting out of some of these cookies may have an effect on your browsing experience.
Necessary Always Enabled
Necessary cookies are absolutely essential for the website to function properly. This category only includes cookies that ensures basic functionalities and security features of the website. These cookies do not store any personal information.
Non-necessary
Any cookies that may not be particularly necessary for the website to function and is used specifically to collect user personal data via analytics, ads, other embedded contents are termed as non-necessary cookies. It is mandatory to procure user consent prior to running these cookies on your website.
SAVE & ACCEPT